Home > Tips & Tricks > How To Install An Invisible Zipper

How To Install An Invisible Zipper

An invisible zipper is the perfect blend of beauty and function. You get the utilitarian benefits of a zipper without the bulk or visible details that can often distract from a project’s clean lines. Whether used in home décor or garment sewing, an invisible zipper appears nearly invisible (hence the name) from the project right side, so it’s ideal for formal pieces and high-end fabrics.

Invisible zippers aren’t hard to install. In fact, they require fewer steps than a regular zipper, so many sewers find them easier to install than a standard zipper. They do take some getting used to, though. With practice and the tips below, you’ll be on your way to sewing an invisible zipper with confidence.

A regular zipper is different than an invisible zipper. So how can you spot the difference? Pay attention to a zipper’s details to determine if you’ve got a true invisible zipper. Here are two things you want to look for:

Before you install an invisible zipper, there are a few things to do that will make it easier.

Whether you’ve sewn invisible zippers before or you’re about to for the first time, the tips above will help make the process easier. 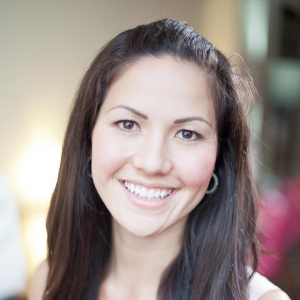 Sewing, crafting and DIY expert, Denise Wild combines her enthusiasm and expertise to create easy-to-follow tutorials for simple, stylish projects that showcase valuable tips and tricks. Founder of LoveSewing magazine, Denise is also a brand spokesperson, TV host, author and magazine editor. Get inspired to create your very own projects with personalized style. Learn more about Denise at denisewild.com or follow her on Facebook at @medenisewild.

beginner
For this fun and easy project, you’ll learn how to use the Brother Cording Foot to trim ready-made napkins with cute tassel-trimmed corners. Feet have never been more fun!
learn more >>

intermediate
Start a new family tradition with this quick and easy customizable advent calendar project.
learn more >>
Back to top